It's not hard to make decisions, once you know your values.

What is more important people or profit?

After 25 years as an engineer at a large, well-known automobile manufacturer, the opportunity arose one day for me to take a closer look at this topic. It’s like everything else in life, the cherries in the neighbor’s garden always taste a little sweeter.
As a long-time employee, I wanted to get out of the daily grind.
This opportunity was offered to me, in the form of a plant manager position at a medium-sized U.S. family-owned company for the purpose of setting up an European location in a greenfield site. To do this, I was to leave Germany and move to Eastern Europe.
The first negotiations with the management were successfully conducted by telephone and I was ready to give up what I was used to, and take on an unknown challenge.

As a fist step, I flew to USA

to the company`s headquarters to meet the complete family behind the company. I was also allowed to visit the plants in the USA and Mexico and got an impression of the organization and philosophy of the company. Everything went super well and right after that, the decision to offer me the position of Vice President came as a surprise to me. This was practically the third position after the two owners. Overnight, I became a part of the “Inner Circle”. The responsibilities were of course extended to the global level. As soon as I returned to Germany, the contract with a high 6-digit annual salary and the associated fringe benefits was waiting for my signature.

My mind said yes, my gut rebelled, and not because I was not up to the new challenge. It was something undefined, an intangible feeling that I was sensing. Coincidentally, I had to travel to the same Eastern European country for a week, on a different matter. While there, I had the thought of using 2-3 days of it to make a greenfield visit to the site of the future factory.
Said and done, I went on site with three other Americans who had flown in at the last minute.
Upon arrival in the city, which was only about 30 km from my future workplace, I was shown a beautiful penthouse apartment.
On the second day, we drove to the greenfield, which was located near a small town. The first impression upon entering was a shock to me: destroyed houses everywhere, huge sections of land full of construction debris and garbage dumps. The majority of the population were members of the Sinti and Roma ethnic group. Okay, I said to myself, things can only get better. We drove directly to a small, newly built building via a makeshift clay access road.
The site was a former agricultural area, which was offered to our company, as an undeveloped industrial area. In addition to the lack of electricity and water connections, the entire area had been filled in with gravel, and all the humus had been removed. I did not guess at that time what an important role this observation played.

In the evening at the hotel I could not really enjoy the dinner,

my uneasy feelings increased with every passing minute. As soon as I got into the room, I started researching on the Internet. It took me a long time to get onto the right path, but nothing but shocking findings came to light. There was no more talk of sleep.

The small town was poisoned with lindane and mercury

and known to insiders and politicians as the Hiroshima of the country. This was due to the fact, that after the fall of the Iron Gate, a huge chemical plant was closed down and sold to a foreign investor for one Euro. Of course, he did not intend to continue the chemical plant and only enriched himself by taking advantage of the political situation at that time and had the entire plant dismantled by the local population with hammer and chisel. In the process, tons of mercury leaked into the ground and into a nearby river, contaminating the entire town for decades.
And that was not all, the whole agricultural land of the town was used as a disposal site for lindane production residues already during the times of the chemical complex. Everything happened always at night and fog, without any documentation of the dumping locations, that’s why such places are discovered accidentally even today. The now known sites, have not been decontaminated due to shortage of money and to the detriment to the health of the local population.

Now I could also explain the gravel on our company's premises

and also determine the location – we were only about 500m away from the former chemical complex, i.e. in the immediate vicinity of the contamination. Shaken up by these findings, I started my research the next day, which extended to confidential information from the capital (Ministry of Environment), meetings with the directors of the few remaining companies on site, and dinner with an unknown local family.
The delicious dinner with the local family could not compensate for my bitterness and disappointment, also because the last glimmer of hope was taken away from me. The father of the family, as a former employee of the chemical plant and one of the last survivors, had, according to him, been able to chase the devil away twice and had overcome both thyroid and colon cancer. His brother was not so lucky and died of mercury contamination, according to doctors’ reports.

I could not handle anything more

and informed the president of my U.S: company and asked for a two-week postponement in order to find a new location for the company. On the last day of my trip, I initiated this and several alternative offers, all just a bit more expensive than the fatal site, but fully developed and without risks. To my surprise all proposals were rejected by the management; first of all due to financial considerations and secondly with the comment that my in-depth research had caused some upset, but that it was not a good reason to relinquish the site. They had known about this for months, but considered it irrelevant.

how cold-blooded the company owners had acted. Should I be the scapegoat for this site and put the health of about 400 uninformed people at risk by offering them jobs? Should I also put my health at risk? No and again no! Profit cannot be everything.
Later, an e-mail came from the USA with the official termination of my post as Vice President, although my signature was missing from the contract! Justification for the termination: there can be no one smarter in the company than the president himself.
My adventure ends here and I am happy to continue as an engineer with normal salary and responsibilities….until next time! 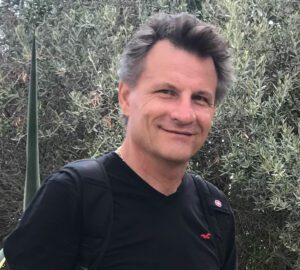